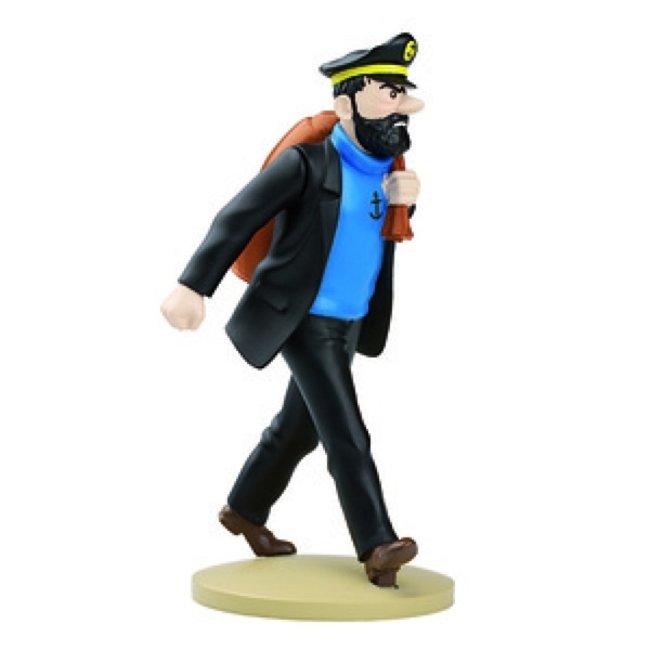 This figurine (9 cm high) representing Captain Haddock is part of a series of beautiful PVC statuettes of very good quality, designed and manufactured in respect of the original drawing of Hergé. These figurines will delight any Tintin fan, young or old.
Tintin is a fictional character created by the Belgian cartoonist Hergé, pseudonym of Georges Remi (1907-1983), in the comic book series The Adventures of Tintin, of which he is the main character. He appeared for the first time in the youth supplement Le Petit Vingtième of the Belgian newspaper Le Vingtième Siècle, with the adventures of Tintin in the land of the Soviets in 1929. He is considered to be the descendant of Totor, the scoutmaster created by Hergé in 1926 for the Belgian magazine Le Boy-Scout.

By creating an account with our store, you will be able to move through the checkout process faster, store multiple addresses, view and track your orders in your account, and more.

You have no items in your shopping cart